Judging A Book By Its Title

I'm looking for feedback on some title choices that I've been mulling over. If you send me a reply at bria.nicole@briaburton.com, I'll send you one of my ebooks and an ebook from fantasy & sci-fi author C.L. Roman for FREE!

Scroll down to see what the title choices are and send me an email to let me know which one you think sounds best. Or you can tell me your title idea. 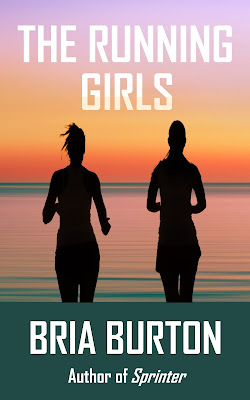 The Running Girls
by Bria Burton
This heartwarming, quick read will touch your heart as you join 17-year-old Clara on a 500-mile summer running challenge. To Clara's dismay, her parents make her run with the weird girl, Joan, but little does Clara know that there's more to Joan than meets the eye. 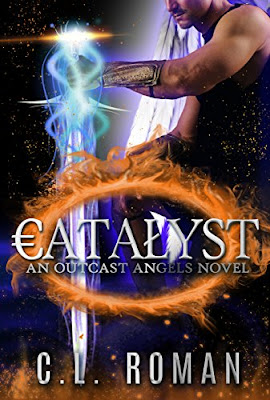 Catalyst
by C.L. Roman
This prequel to the Outcast Angels series begins with the Maker at war with Lucifer and the Fallen - setting the stage for an epic battle that good may not be able to win. When a child is taken for sacrifice, the angels fight to save him, but they may have chosen too late. In this epic battle between good and evil, the players are not always what they seem, and the stakes are higher than Angel Fomor and his companions can imagine.

About Author C.L. Roman
Cheri Roman writes fantasy and sci-fi with a paranormal edge. Cheri loves writing and thrives on the constant pursuit of chocolate. She lives happily with her ever-patient husband in the not-so-wilds of North Florida. The couple is kept entertained by their pets: Jack E. Boy the super-Chihuahua, and Pye the invisible rocket cat.


I've been submitting a novel-length manuscript to agents and publishers with the tentative title SPRINTER. For those who have followed my writing journey, you may have heard me talk about this book. It's an Inspirational/Christian Women's Fiction novel.


Here's what the story's all about:


Riley Sprinter's mother was murdered at the 1986 Athens Marathon. Ever since that event, Riley has suffered from PTSD. She no longer pursues a professional running career, but mandatory counseling may be what she needs to revive her dreams of following in her mother's footsteps.


One of the things I've been considering is whether a different title would work better. That's why I need your feedback! I struggle with titles, and would love some help.

From what you know about the story so far, I'd like to hear what you think about these titles. Please let me know which one you like best. Feel free to tell me if you have a better title idea, too!

THE LONG RUN BACK

LIFE AS A MARATHON

A TIME TO RUN

THE GIRL WHO RAN BACK

THE RUN BACK TO HER

THE LONG ROAD BETWEEN HERE AND MARATHON

SHE RUNS THE LONG ROAD

THE BROKEN WINGS BENEATH HER FEET

So, what do you think? I'd love your feedback. Email bria.nicole@briaburton and tell me which title you like best (or if you have a title to suggest instead) and I'll send you the two FREE ebooks.