Showing posts from May, 2019
Show all

The Bloodiest Sword is King, a flash fiction story 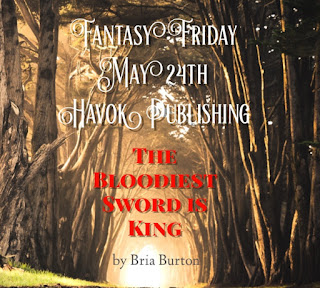 The Bloodiest Sword is King by Bria Burton
A stranger approaches the gate to the Catastrapha's kingdom, and Xildar must decide whether he is a friend or foe.

Free Today Only READ NOW Fantasy Friday 5/24/19
Each weekday, Havok Publishing presents a genre-themed story, and my first flash fiction story is appearing today in their Fantasy Friday slot.
My short stories tend to range between 5,000 and 15,000 words. In other words, they're not very short. I made a goal to attempt a flash fiction story many years ago, but until today I'd never succeeded in publishing a 1,000 word or less story. I'm very pleased that "The Bloodiest Sword is King" was selected for publication in Havok. The story has some dark elements and violence, but my goal was to avoid graphic or gratuitous violence. You, dear reader, can let me know if I've succeeded. My greatest hope is that the deeper message comes through. I'll write a sepa…
Post a Comment
Read more

The Dying Light of Stars on the Journey Into Podcast 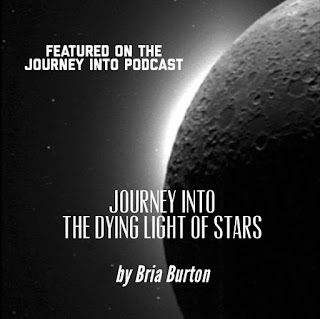 
Valla Hale is trapped aboard Earth S-1 Station where an unexplained mass casualty event has left her devastated and alone. But everything is on lock-down and she's running out of time to escape.
LISTEN NOW Click HERE for the Free Podcast Episode
Fullcast Production = voice actors, sound effects, & music
ME: Mind Blown!
via GIPHY
Winner of the Journey Into Writing Contest
About two and a half years ago, I wrote a speculative fiction story for a podcast contest. The contest rules were simple: the title must include "Journey Into," the genre should be spec fic (science fiction, fantasy, and/or horror), and there had to be a journey of some kind within the story.

For the contest, I wanted to write a science fiction story involving isolation either on or near the moon. I brainstormed ways to incorporate a moon colony. Eventually, I decided to set the story on a space station near Earth connected by a 350,000 km b…
Post a Comment
Read more
More posts